Technologies to Prevent Crashes Due to Wrong-Way Drivers

tyoung@bb-armr.com 21Nov Uncategorized Comments Off on Technologies to Prevent Crashes Due to Wrong-Way Drivers 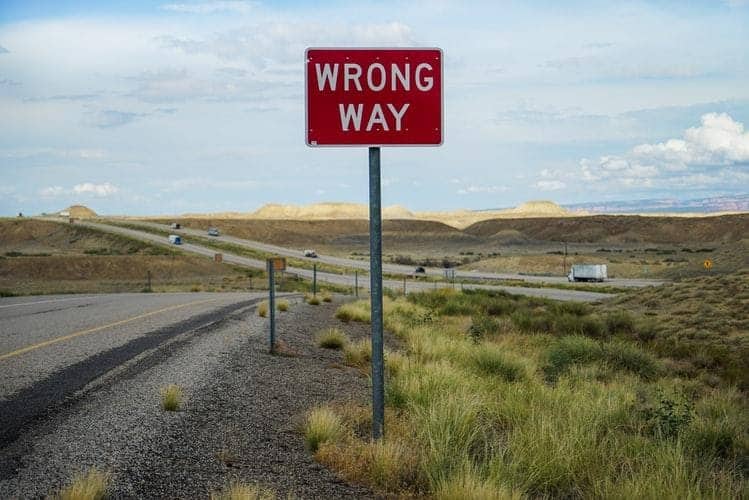 Of the 39,000 people who die in vehicle crashes every year in the United States, wrong-way drivers (WWD) account for 350 deaths, according to the National Transportation Safety Board (NTSB).

However, WWD collisions generally result in severe injuries or fatalities. Because of the unusual nature of someone driving in the wrong direction, crashes are 40 times more likely to be fatal.

While many roadways have signs, reflective tape, LED lights, and pavement markings as countermeasures to WWDs, the drivers are often too intoxicated, confused, or suicidal to heed these warnings and deterrents. Also, poor weather conditions contribute to drivers accidentally driving in the wrong direction. A better solution to prevent WWD accidents is needed.

We’ll examine the different technologies available to prevent and decrease the number of crashes caused by a wrong-way driver. To reduce the fatality rate from WWDs, many states have adopted Intelligent Transportation Systems (ITS) to alert and resolve wrong-way driving incidents.

In order to deter wrong-way drivers, several different ITS technologies can be implemented.

There are several sensor detection technologies that states can use to determine if a driver is driving in the wrong direction:

Of these sensor technologies, video imaging is the least reliable, but all could detect WWDs most of the time. Once the sensor detects the driver, it can trigger other alerts, warnings, and communication with the transportation center.

These sensors can be installed on existing poles near where drivers mistakenly drive the wrong way. Installation usually consists of a control box and sensor or camera.

Smart warning signs need to be set up in two warning locations on the entry area for highways, toll roads, or other high-speed roads. These warning signs should have:

Once the sensor is triggered, the smart warning signs will react to the WWD, alerting them that they are going in the wrong direction. The second sign confirms that there is a WWD and alerts the police.

Do you need LED lighting for your wrong way signage? Contact BBRSS to learn more about their accessories. 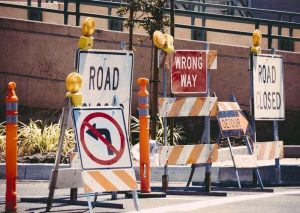 The alert warning communication can be sent to nearby drivers’ cell phones or their car’s navigation program for real-time communication about the imminent threat. And the transportation management center can send police to intercept the WWD.

If the WWD’s vehicle is equipped with a Lane Keeping Assist System (LKAS), the transportation management center can send the WWD an alert to their car’s display, notifying them that they are driving in the wrong direction. This communication can be text messages, audio warnings, or both.

If the driver doesn’t respond by turning around or pulling over to the side, the transportation management center can activate the WWD’s LKAS to steer the car over to the side of the road and stop the vehicle.

Benefits of ITS for Wrong-Way Drivers

Besides saving lives, there are many benefits to utilizing ITS technology to prevent wrong-way drivers. These ITS technologies do a better job of alerting and deterring WWDs from entering the wrong direction on freeways, highways, and other high-speed roads.

By successfully alerting WWDs of their mistake, 80% of WWDs corrected the mistake and exit without incident. This allows the police and highway patrol to respond and address other issues or problems.

Pew Research found that states who implemented wrong-way driver prevention technology were able to decrease their fatalities by almost half.

Where These Technologies Can Be Implemented

Whether or not to incorporate the ITS technologies to prevent crashes from wrong-way drivers is up to individual states. Many states utilize this technology in high-risk areas within their cities. The best places to implement ITS for wrong way alerts are: 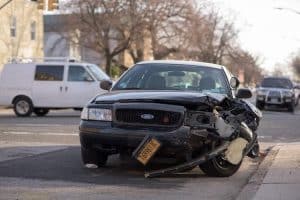 False Positives and a Need for Redundant Technology

While ITS can significantly reduce the number of wrong-way crashes, it isn’t a perfect system. Research has found the need for redundant sensors to validate WWDs. When two different sensors are in place, the number of false detections decreases.

It’s important to verify every WWD because it takes personnel and resources to respond to WWDs. If a false positive is sent, this is a waste of police resources to validate that the reported WWD was false. A redundant sensor eliminates false positives.

ITS that prevent wrong-way drivers from entering a highway creates safer transportation for all. By implementing these different detection and alert technologies, states can save lives, money, and resources.

Although some of these detection systems can come at a hefty price. States will need to weigh the cost of installation with their number of crashes from WWDs.

Need help in assessing your traffic management? Contact BBRSS to customize a roadway management system that meets your requirements and safety standards.

We use cookies on our website to give you the most relevant experience by remembering your preferences and repeat visits. By clicking “Accept All”, you consent to the use of ALL the cookies. However, you may visit "Cookie Settings" to provide a controlled consent.
Cookie SettingsAccept All
Manage consent

This website uses cookies to improve your experience while you navigate through the website. Out of these, the cookies that are categorized as necessary are stored on your browser as they are essential for the working of basic functionalities of the website. We also use third-party cookies that help us analyze and understand how you use this website. These cookies will be stored in your browser only with your consent. You also have the option to opt-out of these cookies. But opting out of some of these cookies may affect your browsing experience.
Necessary Always Enabled
Necessary cookies are absolutely essential for the website to function properly. These cookies ensure basic functionalities and security features of the website, anonymously.
Functional
Functional cookies help to perform certain functionalities like sharing the content of the website on social media platforms, collect feedbacks, and other third-party features.
Performance
Performance cookies are used to understand and analyze the key performance indexes of the website which helps in delivering a better user experience for the visitors.
Analytics
Analytical cookies are used to understand how visitors interact with the website. These cookies help provide information on metrics the number of visitors, bounce rate, traffic source, etc.
Advertisement
Advertisement cookies are used to provide visitors with relevant ads and marketing campaigns. These cookies track visitors across websites and collect information to provide customized ads.
Others
Other uncategorized cookies are those that are being analyzed and have not been classified into a category as yet.
SAVE & ACCEPT